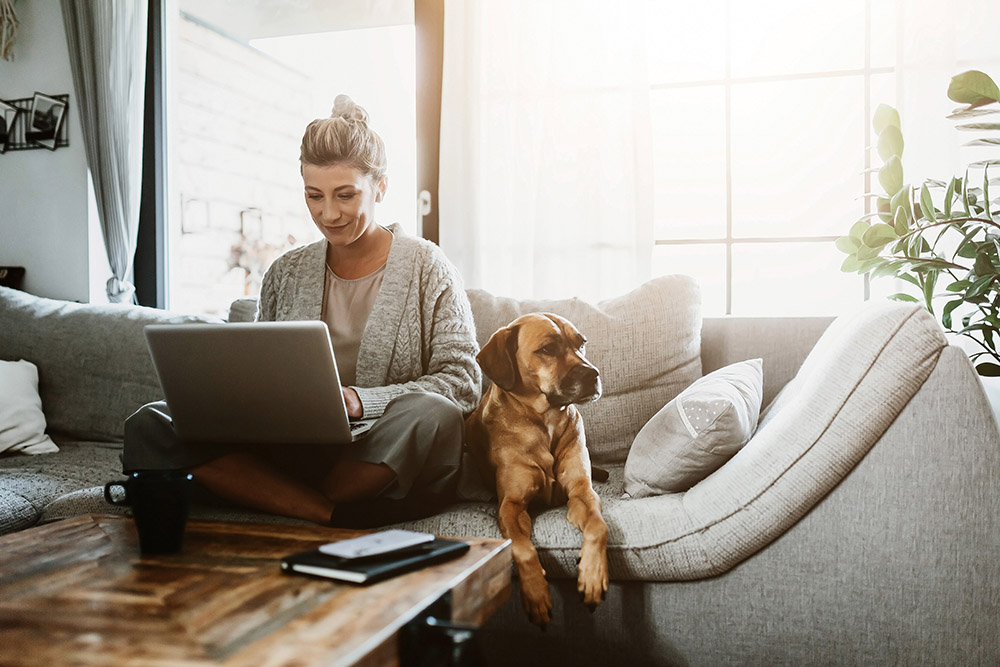 This month, we interviewed my friend and colleague, Karen Tenenbaum, owner and founder of Tenenbaum Law, P.C., based on Long Island. Karen focuses exclusively on resolving tax issues for businesses and individuals, bringing over 35 years of professional experience. With the world adjusting to the long-term effects of the COVID-19 pandemic and navigating the transition back to meeting in person, Karen shares her experience dealing with a couple of unfortunate situations that can arise from misunderstanding state tax laws.

Q: What are some issues you are finding with people who telecommute?

New York is very aggressive with collection; they are already sending out letters for people who e-filed for the 2020 tax year. If you failed to file state taxes, or if you filed incorrectly, you may have penalties. Some taxpayers have an added complication in that they changed residency during the course of the year because of COVID. If they did not follow the rules correctly, they may be subject to a residency audit and owe even more money.

Q: What is the difference between residency and domicile—and why does it matter?

KT: Every state has rules for determining when a taxpayer is a resident. There is a domicile test that looks at various factors to determine where your true home lies. However, it is possible to have a domicile in one state and also be taxed as a resident in a different state. In New York, you can be domiciled in Florida and still be taxed as a New York statutory resident if you have a permanent home in New York and spend 6 months there. A lot of people think that all they need to do to establish a change of domicile is spend six months and a day out of state to be in the clear, but it’s not that simple.

Q: How can the decision about where to live or work carry tax consequences that people often don’t anticipate?

KT: “Snowbirds” often run into problems when they try to declare themselves Florida residents to avoid paying New York taxes. Even if they successfully change their domicile to Florida, they still have to be concerned about the statutory residency test if they travel back and forth and spend significant time in New York.

Another example was a common one during COVID. People decided to move out of New York to have more space (or for other COVID-related reasons), and some were able to keep their jobs and telecommute. Someone in this situation could be audited over their residency if they didn’t follow the rules and/or face an audit as a non-resident who owes taxes to New York because they were still earning money in New York under telecommuting rules.

Considering New York’s high tax rate, making a mistake with these issues may cost a lot of money. I have seen tax bills in the millions stemming from residency issues, which may have been avoided had the taxpayer taken the right measures. With respect to telecommuting, I recommend consulting with a CPA to determine if you qualify for a bona fide office exception. In some cases, it is possible to get a tax credit in another state for taxes paid to New York to avoid double taxation.

Q: What type of recordkeeping practices are most important?

KT: In the case of residency audits, the tax department can look at a variety of records. The person claiming the change must produce clear and convincing evidence. This is a tough burden. You need to show a moving bill which shows the date when your possessions were moved. You will also need other supporting documents such as cell phone bills, credit card statements, insurance records, building swipe cards, toll tag statements, and calendars showing days in and out of New York. Advanced planning helps.

For business owners, recordkeeping is even more important. Some online merchants are required to pay sales tax for interstate sales based on “economic nexus” rules that apply to out-of-state merchants whose sales exceed certain thresholds. If a business does not have proper records, the law allows the auditor to estimate the business’s tax bill and then require the taxpayer to pay the estimated amount along with penalties and interest. Failure to pay sales tax can result in the seizure of property, criminal penalties, and personal liability for owners and managers.

The best practice is to be proactive and speak to a tax professional about what records need to be kept. After the fact, if you find yourself in trouble, speak to a tax attorney for advice. For example, if a business does get behind on taxes or does make a mistake in filing, New York has a Voluntary Disclosure Program that allows taxpayers to come forward before they are caught, avoid penalties, and have a limited lookback period. If you are audited, there are other options for settling with the State. The IRS has also recently issued some tax relief initiatives that you may be able to utilize.

Financial planning is a team effort, and our clients often need specialized advice outside of our sphere. We feel strongly that an important component of financial planning is recognizing when to recommend the right expert. To learn more about working with our firm and how we can help you create a financial foundation for your personal and business goals, reach out to me via email at btrugman@attitudefinancial.com or give me a call at (516) 762-7603.

Karen Tenenbaum and her team of Long Island tax attorneys at Tenenbaum Law, P.C. have focused on the resolution of tax issues for over 25 years. Their firm offers comprehensive services to businesses and individuals with respect to their Federal and New York State tax matters. Karen has been selected by her peers for inclusion in the New York Super Lawyers as a practitioner in Tax Law for the past 5 years, a distinction awarded to only 5 percent of the lawyers in each state. In addition, she was named in Super Lawyers’ Top Women Attorneys in the New York Metro area. Karen was named as one of the Top 50 Most Influential Women in Business by Long Island Business News. Karen has been quoted in the media in Bloomberg Business News, Money Magazine, Long Island Business News, The Daily News, and other publications. Karen is a frequent speaker on IRS and NYS tax issues for numerous professional groups on topics such as New York State Residency, IRS and NYS Collections, and more. Her knowledge and leadership have established her as a leading tax attorney in the NY area.

Bryan Trugman is managing partner, co-founder, and a CERTIFIED FINANCIAL PLANNER™ (CFP®) practitioner at Attitude Financial Advisors. With more than 13 years of experience, Bryan specializes in addressing the financial needs of new parents as they seek to realign their finances, assisting divorced individuals as they navigate an unforeseen fork in the road, and strategizing with those seeking to accrue a dependable retirement nest egg. Bryan is known for being a good listener and building strong relationships with his clients so he can help them develop a customized financial plan based on what’s important to them. He is passionate about helping his clients experience financial confidence so they can worry less and play more. Bryan has a bachelor’s degree in industrial and systems engineering with a minor in mathematics from State University of New York at Binghamton. He has served on the board of the Financial Planning Association and continues to be actively involved in the national organization. He is also a member of the Plainview-Old Bethpage Chamber of Commerce and has served as its vice president and as a board member. When he’s not working, you can find Bryan on the ballroom dance floor or engaged in a fast-paced game of doubles on the tennis court. To learn more about Bryan, connect with him on LinkedIn.

The information being provided is strictly as a courtesy. When you link to any of these websites provided herein, Attitude Financial Advisors makes no representation as to the completeness or accuracy of information provided at these sites. Nor is the company liable for any direct or indirect technical or system issues or any consequences arising out of your access to or your use of third-party technologies, sites, information, and programs made available through this site.